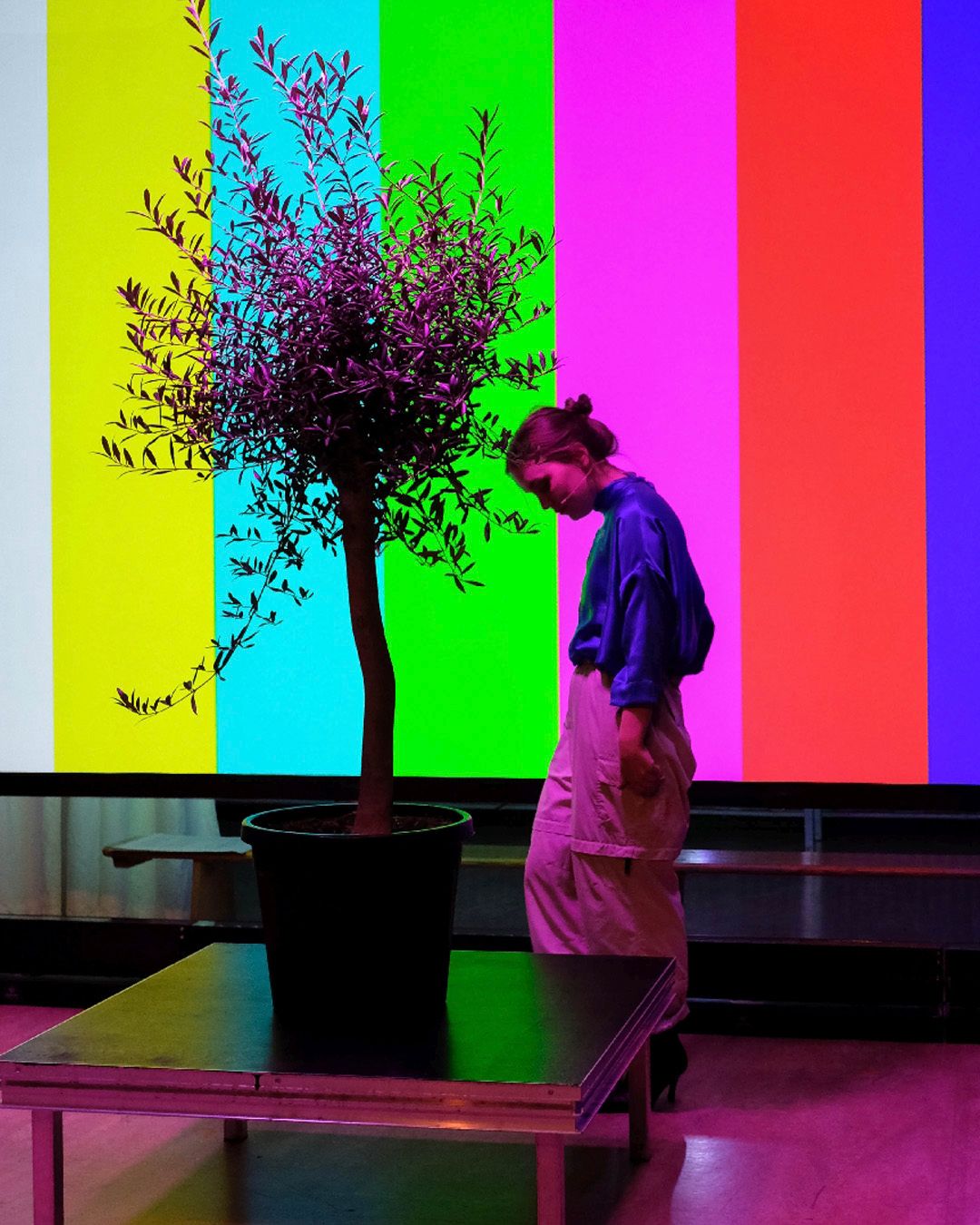 Bruno Brandes & Team resample everyday observations from digital and analogue spheres in front of digital landscapes in their discourse theater. In a fascinating puzzle, they superimpose truths on another and mine emotions from the splitscreens of simultaneous realities.

The other day I was on the train and saw a video on my phone of this explosion in the Caspian Sea, this massive wall of flames on the entire horizon, dyeing the whole sea. Then I looked to the side and there was this Brandenburg forest in the morning and a couple of clouds. What is even relevant at that point? And then I think: I guess you are.

Some ideas don’t work in reality because parts of reality make them impossible. But the image or cyberspace is not bound to reality. And maybe this is how you can imagine something that would otherwise seem unimaginable. Maybe that’s really worth it. And if we take these ideas back to our own individual realities, where do we connect? Maybe in a shared hyper-real image of the real starry sky behind my window.

Bruno Brandes finished studying scenic arts in Hildesheim in 2021. He writes texts for theater, working on them with actors and a team. His piece “Manchmal seufze ich und denke: Ich bin ein einsamer Stern”(“Sometimes I sigh and think: I’m a lonely star”) won the audience award at the Writer’s Studio at Schauspiel Hannover. In spring 2020, he was a finalist at Tagen der jungen Dramatik at Theater Magdeburg and Staatstheater Braunschweig and created the film “Mein letzter Vampirfilm im Kapitalismus”(My last vampire film under capitalism"). His theater text “Futura Free” was nominated for the Retzhofer Dramapreis and was presented in Graz in June 2021. In August, his fourth piece was premiered on the streaming platform Spectyou. Starting in fall, he will be studying at ZHdK for his M.A. in theater direction.