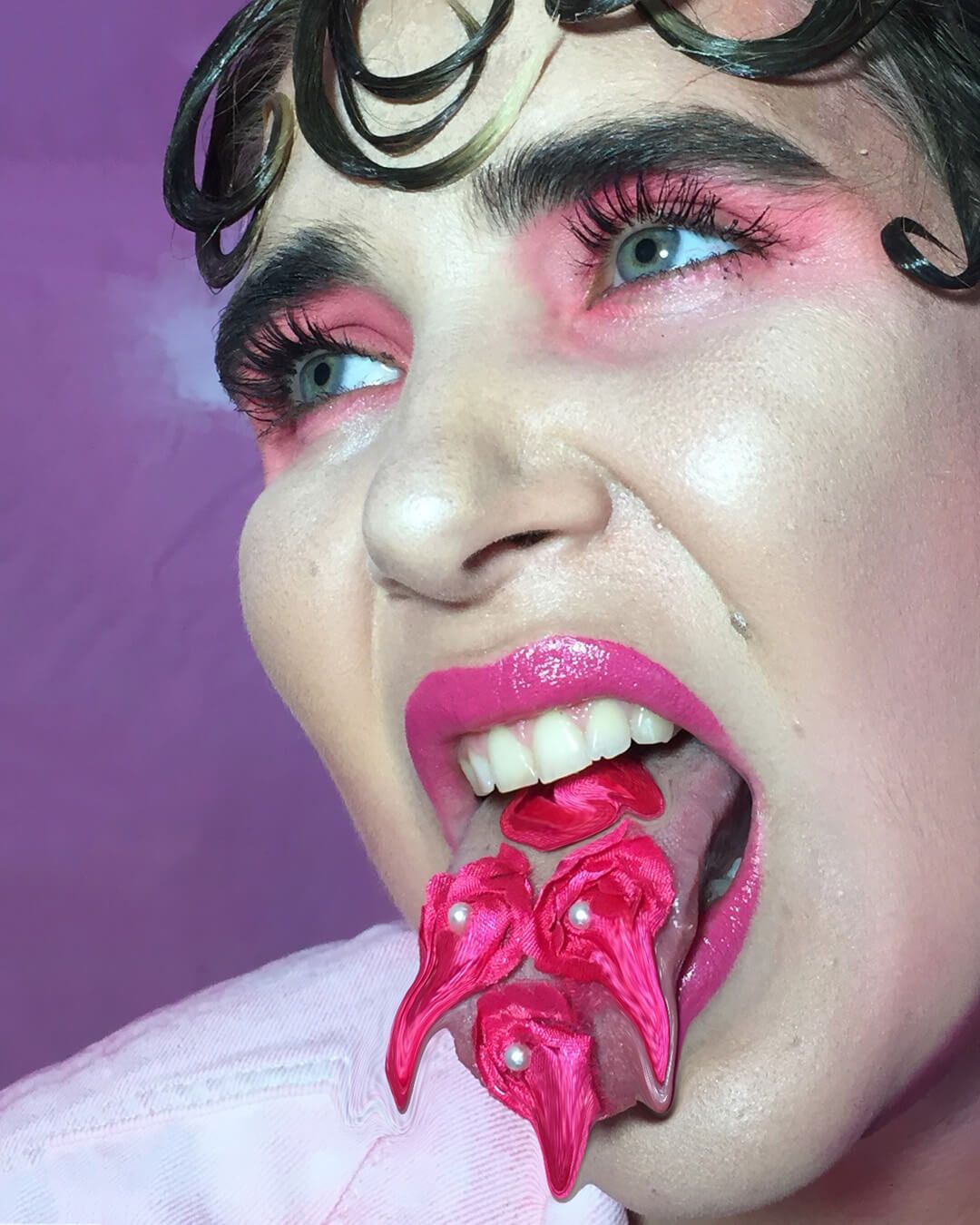 In the setup of a concert performance, Frauen und Fiktion celebrate the roots of a Future Love. They tear the kitsch out of stereotypical pop choruses and create love-lines beyond a boy-meets-girl-logic and classical romantic couples.

A word, a pose, a look, a voice, a melody: What is love – in a love song? Frauen und Fiktion dissect popular love songs with a sober passion. With the musician Jonas Mahari and performer Juliana Oliveira, they try to forget the idea of romantic love, dissolve gender roles and envision a “Future Love”.

Juliana Oliveira performs “Love” and rebels with an attitude against familiar modes of storytelling: From the first sparks to being in love to ecstasy and heartbreak she produces emotions that are remixed to new sentiments through the centrifuge of the stage. Maybe a harsh break-up in a soft pose swathed in amber-pink mist? Showing affection to an energizing beat in a timeless dream? Or: Drowning in floods of tears with the voice of a rock star – and finally Bon Jovi sings at the shore: “Now I can’t sing a love song // Like the way it’s meant to be.”

Frauen und Fiktion has been examining gender rolls and questions of equality through research-based performances since 2014. The feminist collective includes Anja Kerschkewicz / Eva Kessler / Felina Levits / Paula Reissig. The questioning of societal narratives is part of their work. www.frauenundfiktion.deJonas Mahari is a musician, artist, songwriter and music producer. In drawings, he examines processes of growth and pattern formation in nature. In the group Rochen Airport he creates psychedelic rap and videos. Juliana Oliveira is an independent performer and theater producer. She produces her own work, like the 2019 concert-performance FrontMan and cooperates with different artists like Antje Pfundtner, Barbara Schmidt-Rohr, Nora Elberfeld, Jonas Woltemate and Greta Granderath.