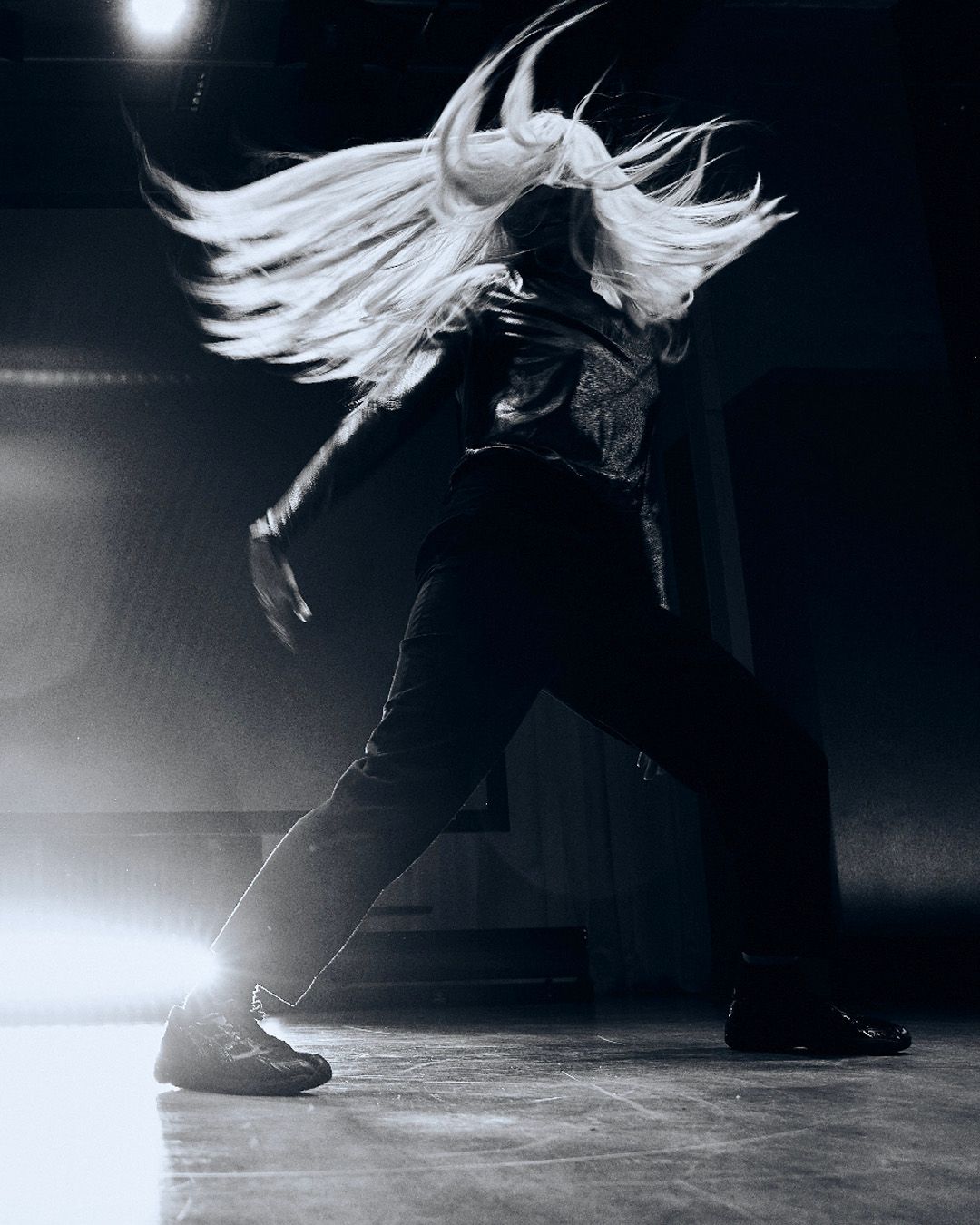 You, Need, Go, Search, Find, Take, Return, CHANGE: Through the means of dance, this solo performance takes a look at the methods of world and character building that claim to master the planability of imagination. What happens when they encounter the unpredictable and vulnerable of the moment in a performance?

Science-Fiction and Fantasy are by far the most popular film genres on Netflix & Co. Complex narratives, meticulous storylines and intricate worlds captivate millions of people. But who actually constructs these storylines and builds these worlds? There are many tools and methods for this that claim to engineer our imagination. Sometimes, they take an almost mechanistic approach.

The choreographers Lois Alexander and Christoph Winkler examine these strategies through documentary texts, video snippets and physical materials, focusing especially on the so called “wounding event”. In this process, the workings of human imagination are dissected and woven together into a new live performance that resists the mechanistic.

Lois Alexander was born in California and is of Afro-American, Filipino and Chinese heritage. Since 2014, she has been living and working in Europe. She was a member of the ensemble of Staatstheater Saarbrücken and a guest at Theater Trier. In the independent scene she has worked with Romeo Castellucci and Christoph Winkler and is developing her own choreography practice and teaching.

Christoph Winkler is considered to be one of the most versatile choreographers in Germany. His work spans across different formats and revolves around personal themes as well as political ones. Since 1988, he has created many productions, mainly in Berlin, that have toured copious festivals around the world. For his piece Das wahre Gesicht – Dance is not Enough he was awarded the Deutscher Theaterpreis in the category “Best Choreography”. In 2020, Christoph Winkler was awarded a George Tabori award.